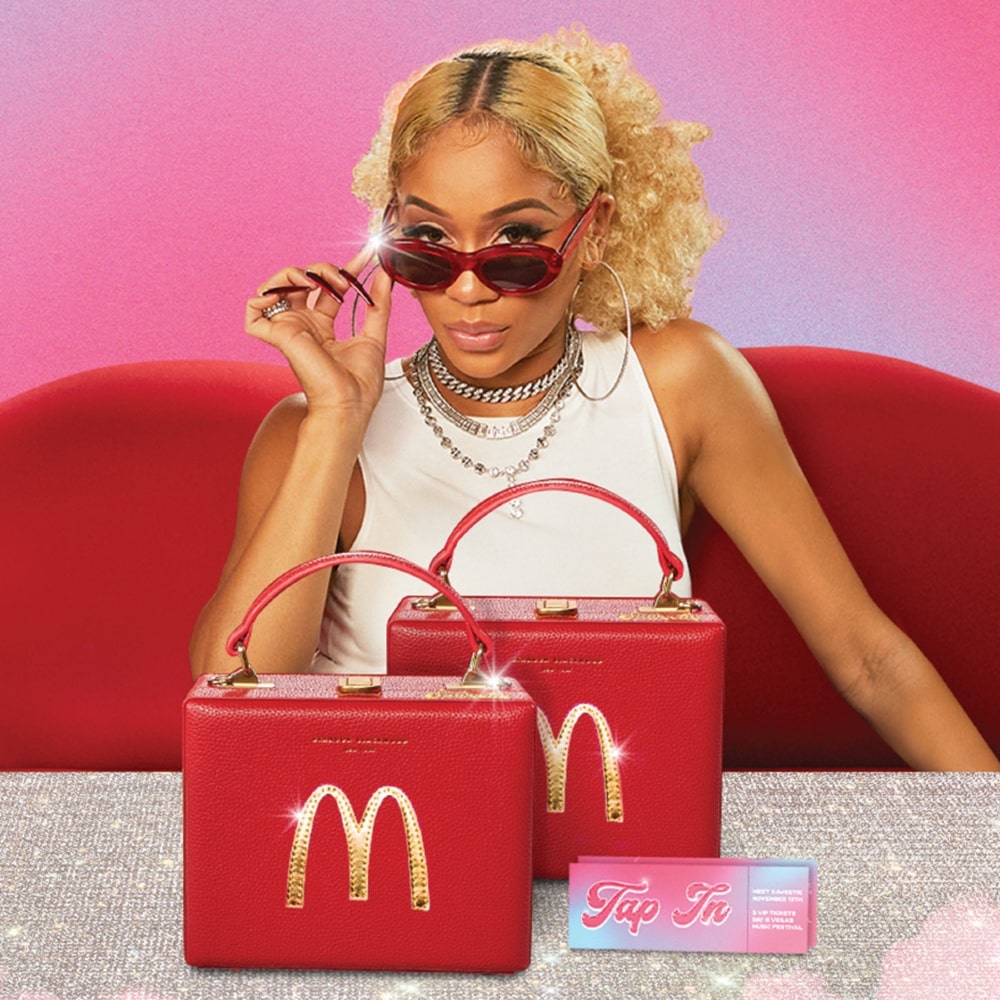 What Else Can One Expect?

McDonald’s Morgan Flatley said that the brand is thrilled to partner with Saweetie – complimenting her for putting her own spin on everything she touches.

True to the fashion – the promotion is not limited to the meal-offering – it will also have a digital food remix guide. The guide will show how you can mix around food, for example: how a Big Mac can be further enhanced with fries, how chicken nuggets can be eaten as a sandwich with patties from burger can be used as a bun, and more. What’s more, these food hacks are Saweetie’s very own creations that she uses every day in her life.
Flatey also added that Saweetie celebrates her love for food by bringing in spark and creativity in her signature orders.

Even Saweetie talked about the brand, in a statement given to the press, she talks about her fond memories of the brand from her childhood days.

Celebrity Partners Over the Years

While Saweetie is the latest partner for McDonald’s, since the launch of its Famous Orders program last year, McDonald’s had partnered with various celebrities for the same.

McDonald’s celebrity orders program had rolled out ahead of the 54th Super Bowl. The brand had unveiled an ad that talked about the go-to celebrity orders. Celebrities like Kanye West, Millie Bobby Brown, Kim Kardashian, Whoopi Goldberg, Magic Johnson, Keith Urban. were all included in the list.
In September 2020 – the brand had rolled in the famous rapper Travis Scott – which was reportedly a huge success. Talks about complete sell-outs and ingredient shortages were making rounds.

Apart from Travis, singers like J Balvin and the K-pop group BTS were also rolled in for the program.

Sleepy Speakers Step Aside, The New Sony Speaker Is Here

The Girl Scouts Are Adding Badges For Completing STEM Activities

Girl Scouts of America has taken another step towards progress with their introduction of over 3o ...

Carbon Monoxide Is A Silent Threat: Learn How You Can Protect Yourself By Reading This Woman’s Story

Kathi Wilson lives an ordinary life in Indiana. She is a wife and a working mother who dedicated ...