A team of researchers has made a stunning discovery in underground waters in southern India. They found living members of a family of eel-like fish, which is named dragon snakeheads. These primitive fish are considered a “living fossil” because they are believed to have diverged from their relatives some hundred million years ago.

The Dragon Snakehead Joins a New Family of Fish

In taxonomy, the family is the category placed above genus and species, and discovering a new one is not very common. Usually, taxonomic families are large and diverse, but the new fish family includes only two species. The first one is named the Gollum snakehead, after the famous Lord of the Rings character, and the dragon snakehead is now the second member of this family.

The study leader Ralf Britz shared that he believes this might be the most exciting discovery in the fish world for the last decade. These long-bodied fish usually dwell in aquifers of porous rock, which explains why they are rarely seen. They would only come to the surface after heavy-rain floods.

The fish live in the Western Ghats of southern India, which is known as a biodiversity hot spot. In the aquifers there, scientists have discovered ten new species of subterranean fish. However, the water there is used for around six million wells, and this lowers the water table, putting some of the obscure species that call it home in peril. 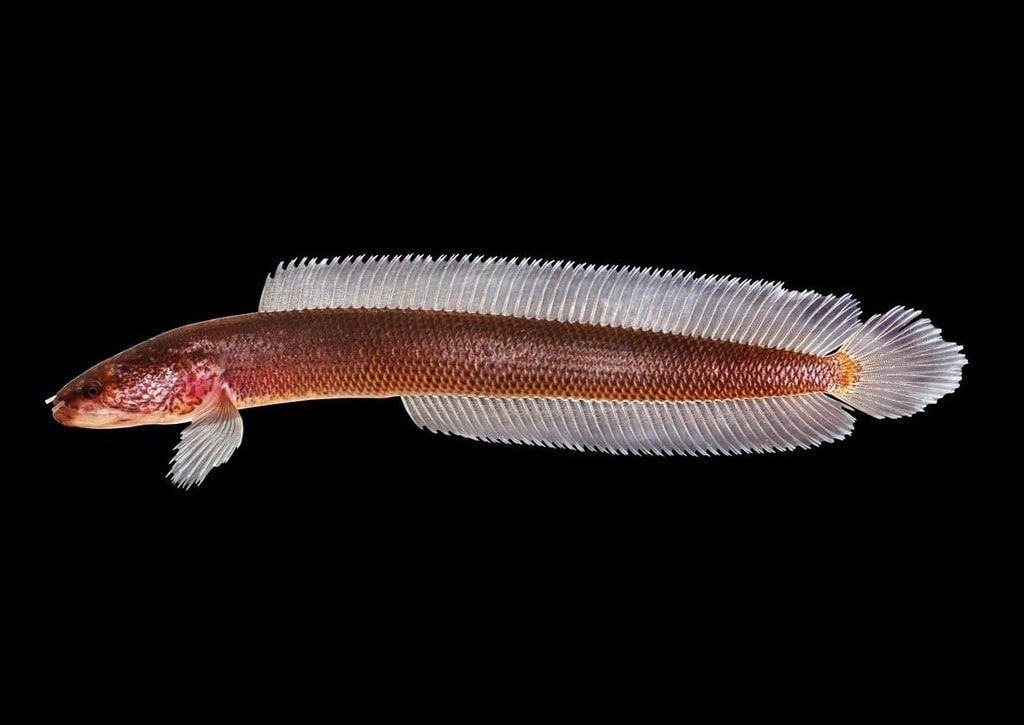 Back in 2018, researcher and study co-author Rajeev Raghavan saw a photo of an odd fish that was retrieved from a backyard well. He and Britz had no idea what the species, genus, and family of the fish were and described it as a new species and genus – Aenigmachanna Gollum or the Gollum snakehead. During a similar and more recent discovery, Britz and his colleagues thought they found the same fish in another well. After performing further research on their genetics and anatomy, they found they belong in a whole new family.

The new dragon snakeheads exhibit a series of primitive characteristics, and these unique traits include fewer vertebrae with ribs, a shortened swim bladder, and a lack of a suprabranchial organ. These features show that the dragon snakeheads are not as specialized as regular snakeheads and can really be called “living fossils.” Genetic analysis showed that dragon snakeheads diverged from their nearest relatives over 120 million years ago when Africa and India were still the same landmass.

3 of the Best UV Sanitizers

It’s a well-known fact by now that Phone screens are seven times dirtier than the toilet seat. ...

This New Suitcase Allows You To Ride Through The Airport

It seems that walking through the airport is a thing of the past, and suitcases are now helping us ...