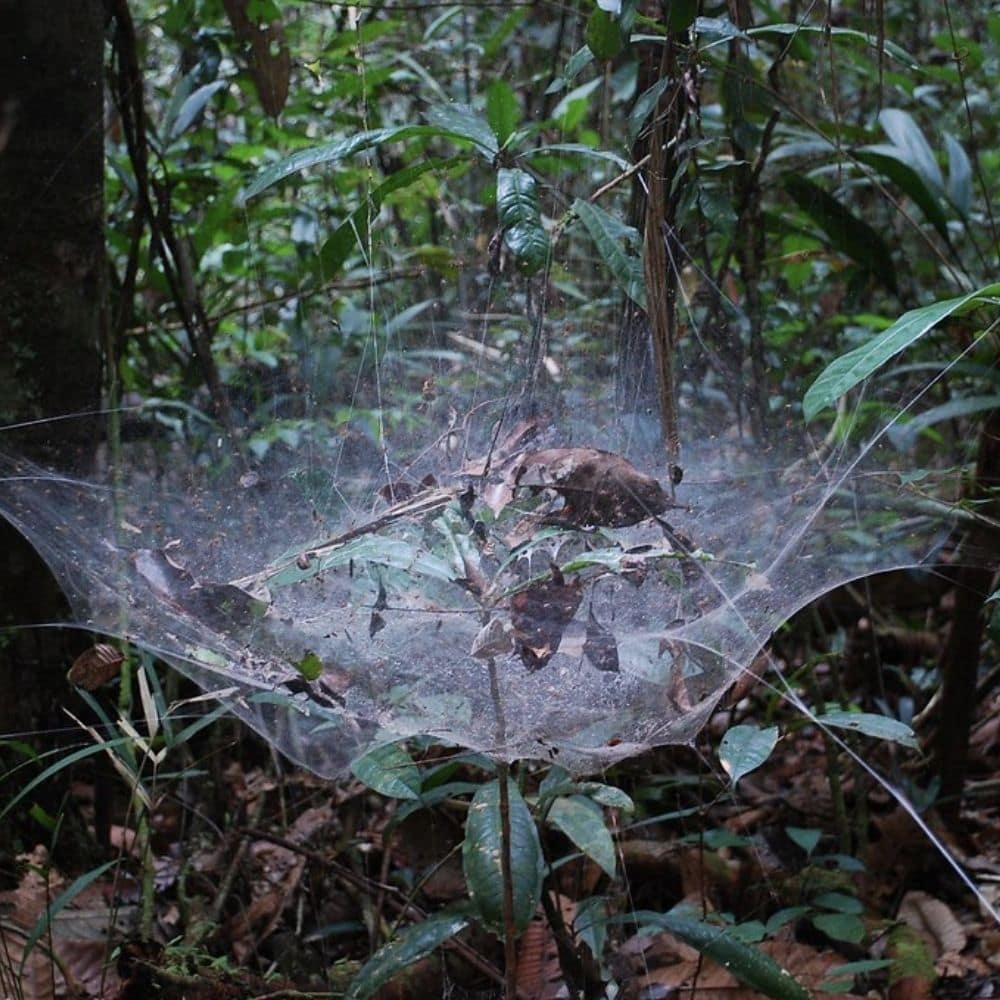 If you ever take a walk in the tropical rainforests of French Guiana in South America, you’ll encounter giant-sized spider webs. And when we say giant, we mean a size bigger than a school bus! The specialty of these webs is that they are inhabited by thousands of teeny-tiny spiders, who wait motionless for their prey to be trapped. And once the victim is trapped, they start to dance!

The discovery of these dancing spiders has startled scientists and ethologists. These South American arachnids are a kind of “social” spider that lives in large groups. Forming such cooperative colonies is rare for spiders. Moreover, these quarter-inch-long amber-colored predators use synchronized dance moves to overwhelm and bring down prey which can be up to 700 times heavier than the spider! Smaller than a ladybug in size, these spiders, scientifically named Anelosimus Eximius, don’t pose any threat to humans, even when hunting together. Generally, grasshoppers and moths end up as their victims.

The Logic behind the Dance 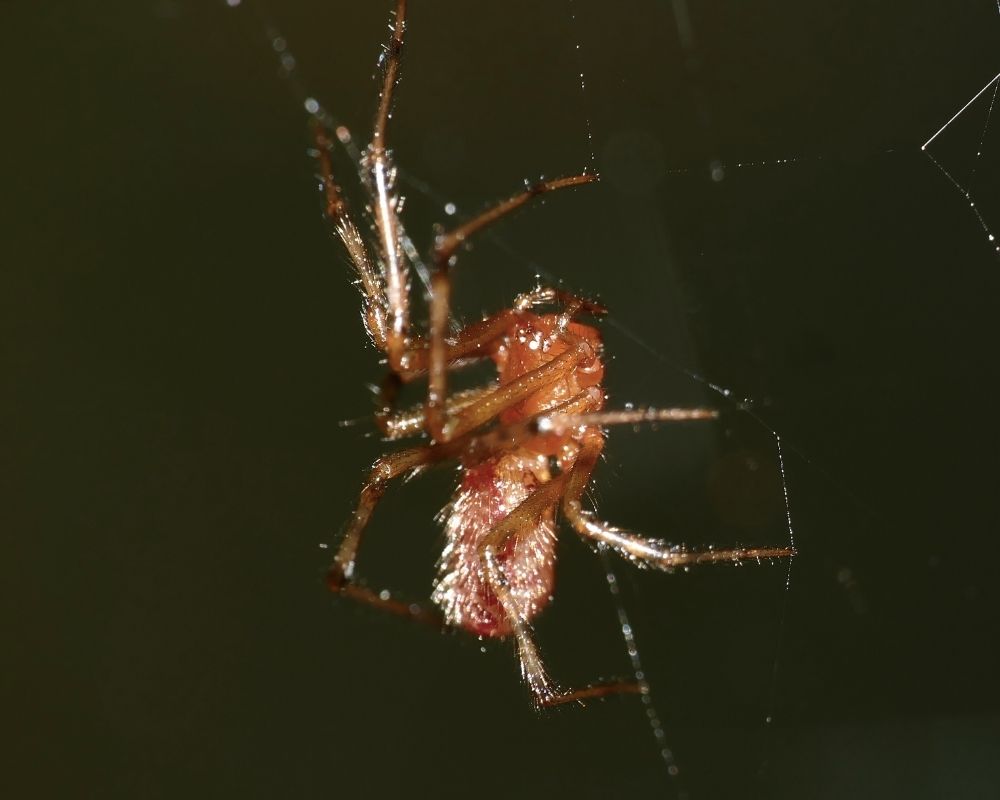 Ethologist, Raphael Jeanson, and his colleagues published a study in the journal Proceedings of the National Academy of Sciences about their findings after observing the behavioral pattern of these spiders in their natural environment. They discovered that these arachnids make their movements coordinated and synchronized to capture their prey. To be more specific, these tiny spiders perform a pop-and-lock-style “dance!” Well, they don’t dance obviously! The movement is all about feeling for vibrations, coming both from their fellow web-mates and the tangled prey. With thousands of spiders moving differently, a loud noise is created in the web, making the spiders unable to hear the prey. That’s why they synchronize their movements to sense the hunt easily and locate the insect in the giant web more precisely. This harmonious hunt is a brilliant example of social co-working, which is rare to witness in the insect kingdom!

Amazon is reportedly working on a home robot, which could hit the market as early as 2019. The ...

With smartwatches and other wearables becoming more and more popular with each passing year, it was ...

Exercise Like Never Before With This Virtual Reality-Based Workout

Start-up Black Box VR had managed to do what many before it aimed towards but failed miserably. ...