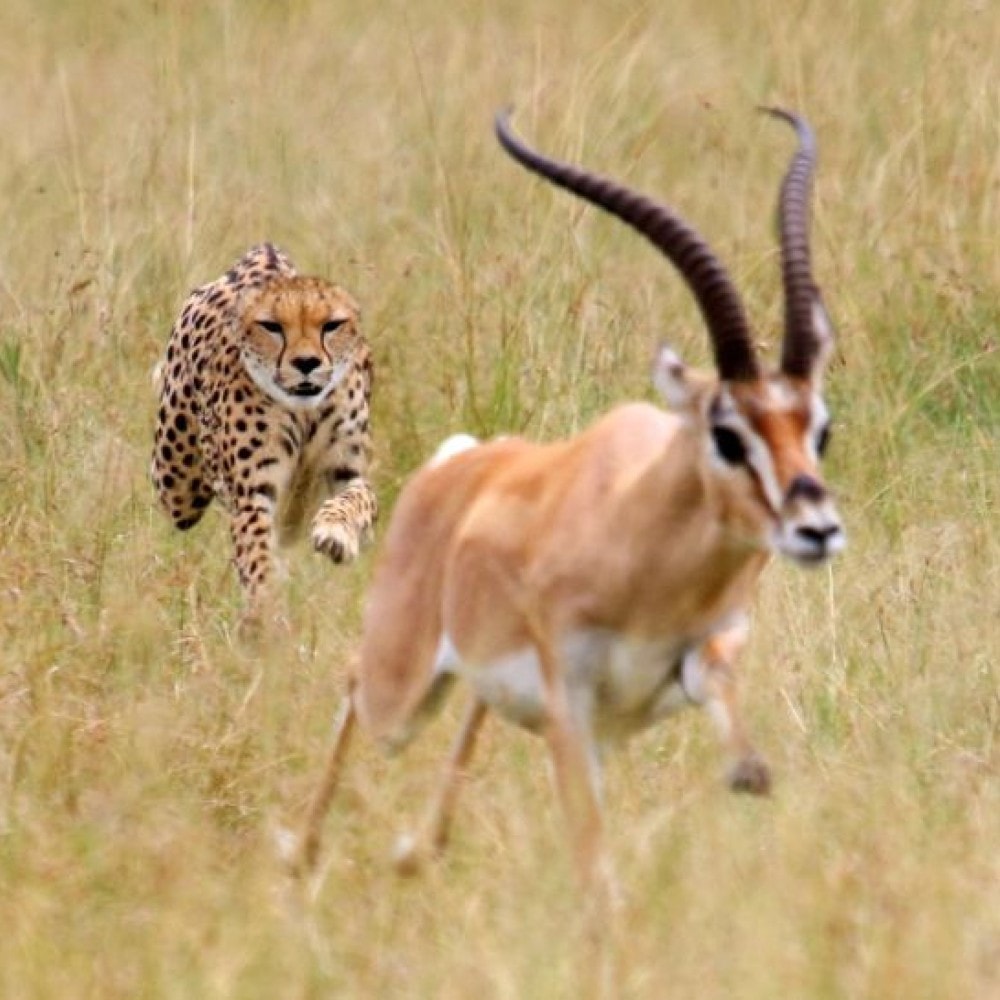 Humans are not only the superior race in the world. The animal kingdom often beat the humans with their fabulous features. Speed is one of those striking components, which makes an animal frighteningly awesome! Here are the world’s fastest animals, who dominate land, water, and sky with their eye-blinking speeds and lightning-fast strides.

If there is an animal Olympics, cheetahs would dominate the sprinter races with their 60-70 mph or 96-112 km/h running speed. A cheetah named Sarah from the Cincinnati Zoo has the record of running the 100-meter sprint in just 5.95 seconds. Now, that is fast! The long slender body and powerful legs of a cheetah contribute to its lightning-speed stride. 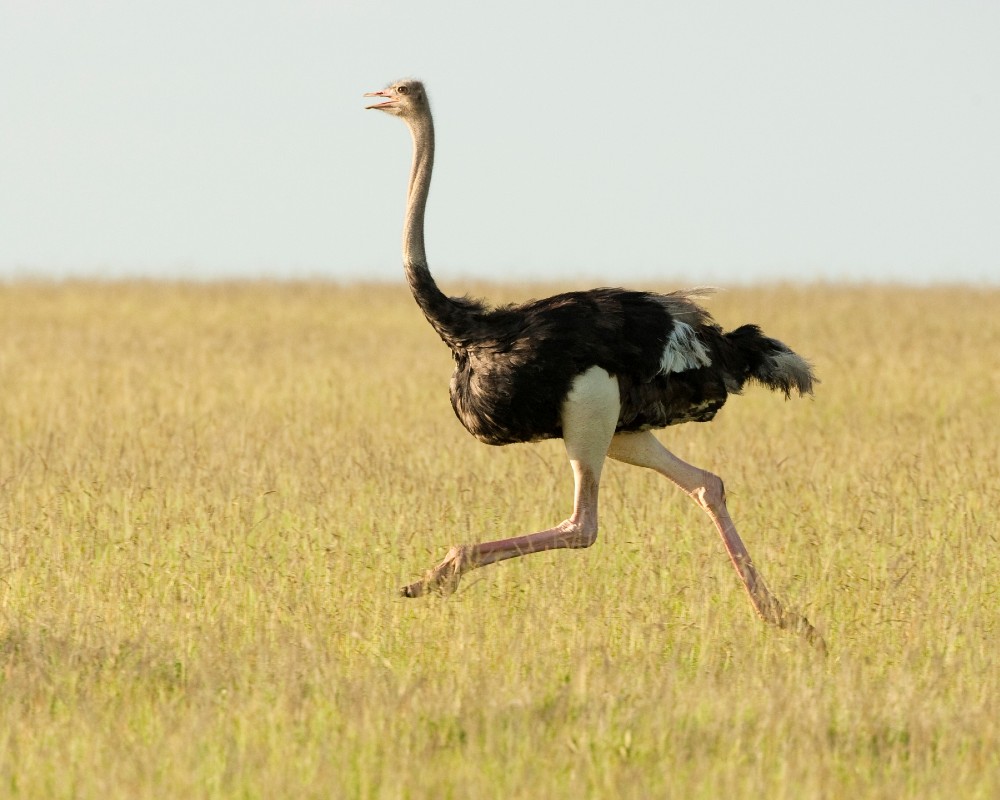 Though members of the bird family, ostriches roam on the ground. Being the largest birds on the earth, and the fastest birds on the ground, they can grow up to 9 feet or 2.7 meters and can cover 10-16 feet or 3-5 meters in a single stride, with a speed up to 43 mph or 70 km/h. These giant birds use their long powerful legs to gain quickness. 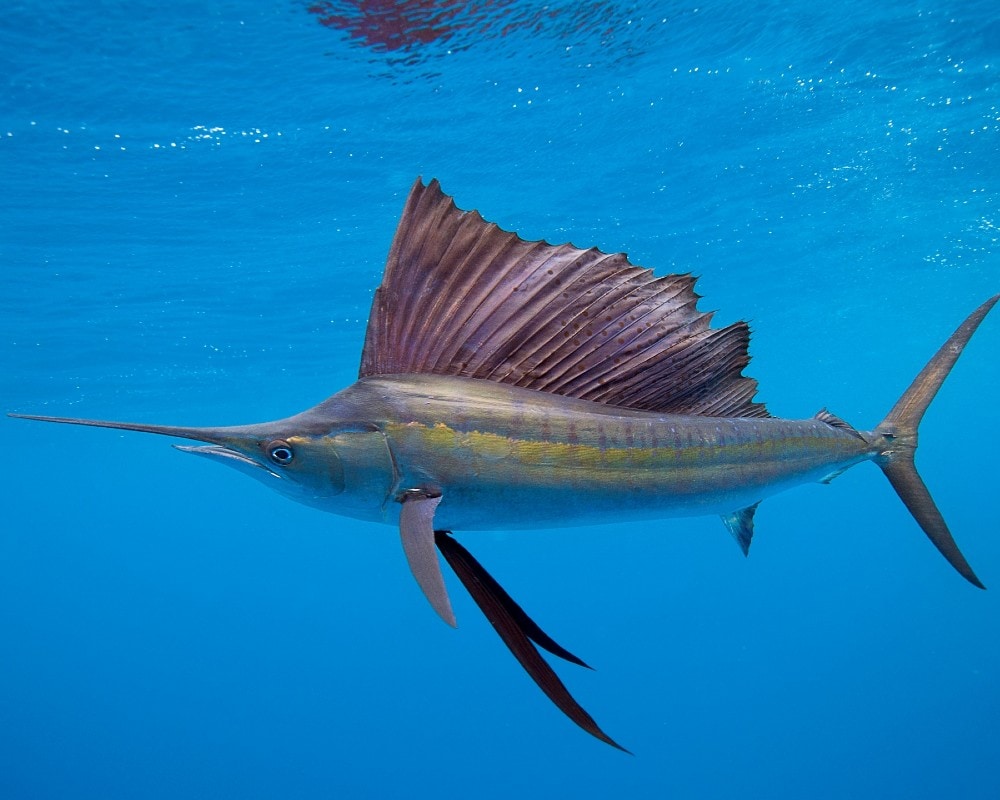 With a reported top speed of more than 68 mph or 110 km/h, sailfishes are considered the fastest fish in the ocean. But biologist Paolo Domenici doubts these figures and hence measures the speed of sailfish with his colleagues, to calculate the tail-beat frequencies, which is the fish equivalent of stride length. According to them, the speed of a sailfish is actually around 18-22 mph or 29-36 km/h.

According to Whale and Dolphin Conservation (WDC), Dall’s porpoise can speed through the water at up to 34 mph or 54 km/h. Biologist Paolo Domenici observes that Dall’s porpoises ride the bow waves, the wave created at a front of a sailing boat, to swim faster than normal. They have longer bodies and elongated mouths as contributing factors to their speed.

Fastest Animals in the Sky

Golden eagles are North America’s largest birds, with wingspans reaching more than 7 feet across. They reach their top speed during aerial dives. When diving from great heights, these birds can zoom through the air at almost 200 mph or 322km/h speed. 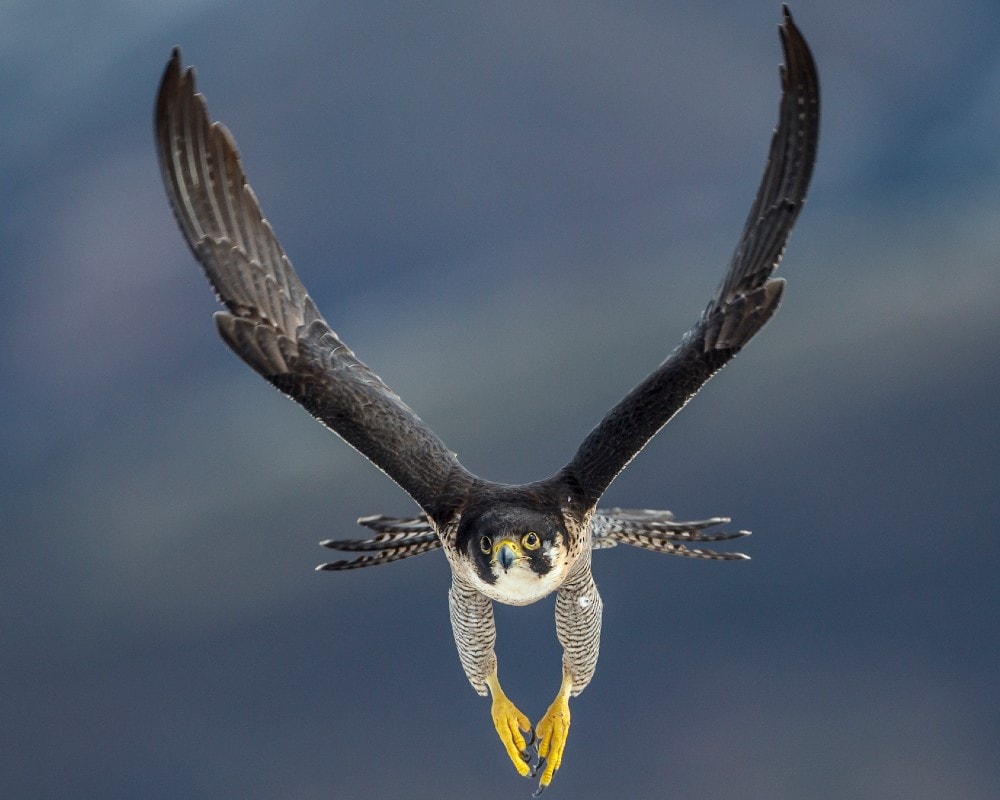 These are other predatory birds, which are the fastest animal in the world. When diving through the air, peregrine falcons can reach speeds of up to 220 mph or 354 km/h. Apart from this hunting speed, their regular cruising speed ranges between 40 and 60 mph or 64 and 97 km/h. A pair of pointed streamlined wings, drag-reducing stiff feathers, and a modified breastbone attached with powerful muscle help these special falcons to adapt that eye-blinking speed.

Online Students From Purdue Can Now Graduate in Virtual Reality

Purdue University Global now lets some graduates join in the 2020 commencement ceremony with ...

Bigger isn't always better, or so we've always been told. While this may be true in many contexts, ...

No umbrella is protection enough when it comes to the rainfall on the extra-hot exoplanet WASP-76b, ...