One of the most important questions a person can have when entering an unfamiliar domicile is, “How is the shower pressure?” With the Nebia Atomizing Shower Head, you’ll never have to ask that question again.

The pressure is always consistent as it wraps your body in a deep cleansing mist. The Nebia technology has certainly won over Silicon Valley, but even more amazing, is that their hardware is simply a shower head, no smart features required.

Even better, the shower head has been designed to save water, while delivering a fantastic feeling shower. Though the design might look a bit intimidating, it’s fairly easy for a lay person to install it on their own, plus the mechanism includes an easily adjustable track. 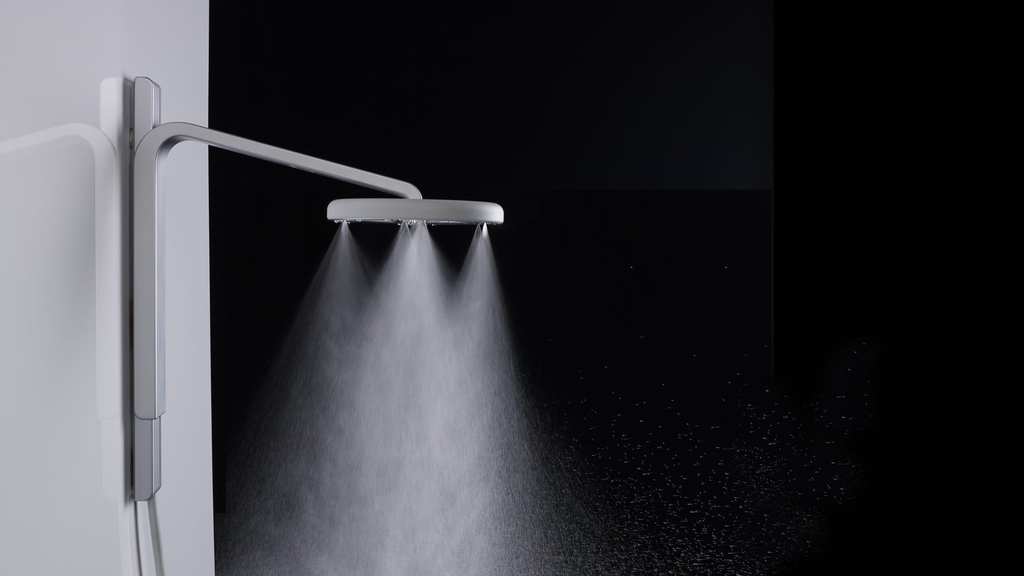 When Nebia uses the word “atomizing” it means that their shower head has done away with traditional streams of water flowing towards your head in favor of a heavy cloud of mist, or “atomized droplets” as Nebia refers to them. One of the downsides to this mist is similar to what occurs in nature.

It’s more mobile, meaning your bathroom is more likely to get wetter than it would from a traditional shower head. Even so, Nebia claims the mist is 70% more water efficient than a stream of water would be, even with the mist settling in some places you’d otherwise prefer it not be. 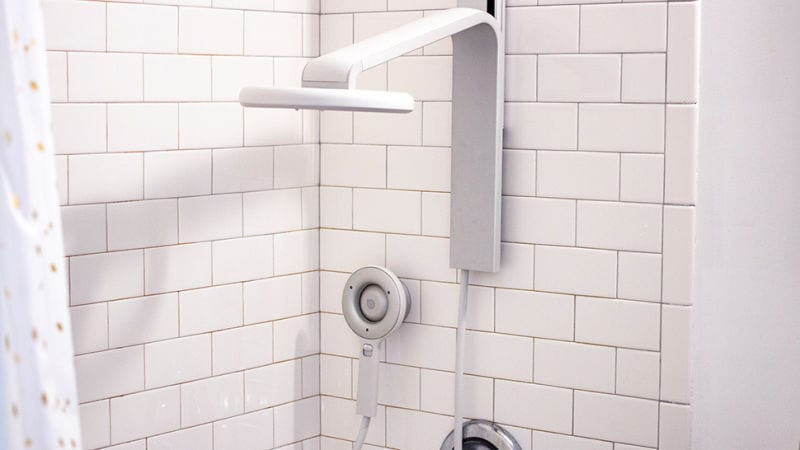 The term “cloud of mist” may give the Nebia shower head a false reputation however, as one might be inclined to imagine micro droplets of water gently surrounding you in a way that wouldn’t be very effective at doing anything other than saturating your clothing.

That couldn’t be further from the truth. The water may not seem that it is released with as much force as a traditional fixture with excellent water pressure, but Nebia’s mist works just as well to rinse off soap.

The Company Introducing A Wearable Storage Case For AirPods

Ever since Apple put wireless earbuds on the market, a whole host of problems have cropped up with ...