Since Disney bought LucasFilm and Star Wars for $4 billion in 2012, Star Wars fans have huddled together in anticipation for what this could bring. With a sequel trilogy and anthology films already on the schedule, people wondered what could be next. At the D23 Expo, Disney announced its next plan for Star Wars and it has nothing to do with a film. 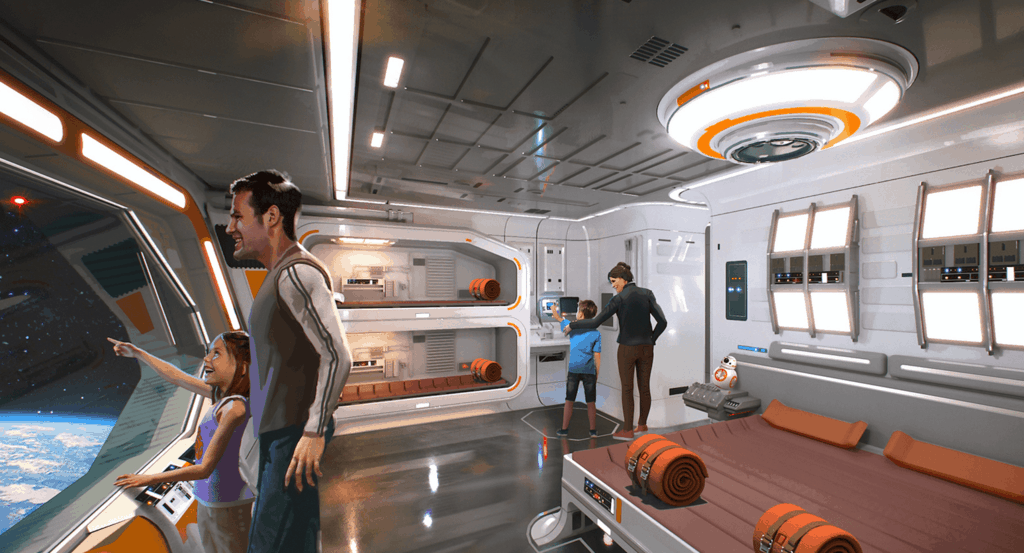 Prepare yourselves for Walt Disney World’s Star Wars: Galaxy’s Edge, a fan experience hotel. Hotel guests will be treated to a one of a kind immersive Star Wars experience. Hotel employees will remain in costume and character as they operate among the intricately designed starship that dresses the hotel. There are no real windows, as the fake windows appear to give guests a look into outer space. Unlike many themed hotels, however, Star Wars: Galaxy’s Edge will provide each guest with their own storyline and set of missions. 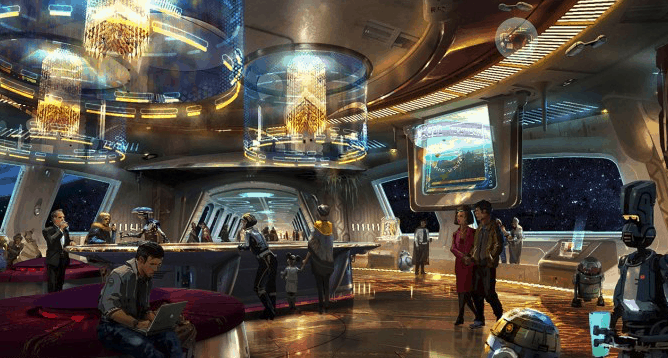 The experience sounds like a Westworld-like experience tailored to Star Wars fan as Disney promises that the hotel will “touch every single minute of your day.” Details of the project are still being held close to the chest, but that does not mean fans are not excited for the opportunity. We can only imagine what type of wild missions the hotel will take you on with droid companions and lightsaber duels (one can hope). 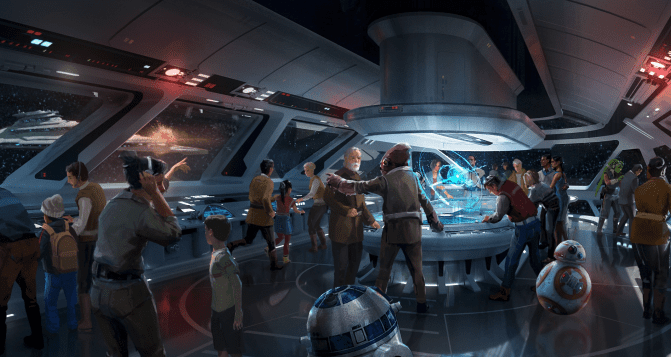 Unfortunately, Disney has only announced plans to open Star Wars: Galaxy’s Edge from Disney World in Orlando, with no details here nor there on a plan for Disney Land in California.

In his statement, Bob Chapek, Chairman of Walt Disney Parks and Resorts, said,”From the second you arrive, you will become a part of a Star Wars story! You’ll immediately become a citizen of the galaxy and experience all that entails, including dressing up in the proper attire. Once you leave Earth, you will discover a starship alive with characters, stories, and adventures that unfold all around you. It is 100% immersive, and the story will touch every single minute of your day, and it will culminate in a unique journey for every person who visits.”

5 Essential Travel Gadgets You Should Take Wherever You Go

Whenever you travel, there are a number of things to consider. Safety, finances, and health are ...

How Safe Are the Most Popular Video Chat Apps Really?

Over the past few months, video chat apps have seen a drastic increase in usage. As more and more ...

Not getting enough sleep can be extremely detrimental to one's health. That's why we are always ...